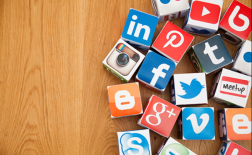 Since July 2, 2008, when Red Bull uploaded its first video on YouTube, it has garnered more than one billion views on its channel. That’s a staggering number. If you assume that each viewing is from a different person, that’s the equivalent of nearly half the Internet audience having watched an online video of a Red Bull athlete or artist giving an exciting, adrenalin-rushing demonstration, at least once. The videos include Danny McAskill’s “Imaginate,” Felix Baumgartner’s Red Bull Stratos “Mission Highlights” and Red Bull Kluge, “The Athlete Machine.” Congratulations, Red Bull.

1. Don’t create amazing content and then fail to promote it.

If you’ve traveled on Virgin America this past year, you would have seen the delightful flight safety announcement music video featuring Todrick Hall and other YouTube stars. Hat tip to Virgin America’s CMO, Luanne Calvert, for her creativity and vision. The video is authentic to Virgin’s brand in how it looks and feels, the energy it exudes and its playfulness. It has received over 10 million viral views online with no significant promotional spend. But this 10 million pales in comparison to the astronomical number of views garnered by Turkish Airlines’ “Kobe vs. Messi: The Selfie Shootout” ad featuring basketball star Kobe Bryant and soccer star Lionel Messi.

In terms of size and operation, Turkish Airlines is not among the top 10, but by flying to more than 100 countries, the airline’s global reach is greater than any airline on the planet. Turkish Airlines invested in promoting the selfie video and global campaign to broadcast this fact, and their message came through loud and clear. Not only was the video viewed more than 140 million times, but 77 million of those views occurred in the first week. Turkish Airlines also realized its goal of brand awareness with a 9% increase in global brand recall. In addition, YouTube searches for the brand grew three times and Google searches for the brand increased by 16%.

“Authenticity is important. If you’re not authentic, your audience will know you are posing and out you quickly.”

2. Don’t assume your creative content will be a runaway success.

It’s hard to predict what will resonate with your audience online. So, savvy brands follow an experimental launch and iterate model to find their way to success. Brands adopting this method are rewarded by a rich set of data points provided by their audience without conducting a single survey or focus group discussion. Data includes number of views, viral distribution, comments, social media sharing and, in particular, audience retention data. Audience retention data tells the brand where the interest in their video peaks by showing where the audience repeatedly drags a slider back to a particular point. Or, where the interest wanes and the audience drops off.

Procter & Gamble continues to learn from its online videos. For their Olympics “Thank You Mom” campaign, the company posted many different videos and received consumer comments, shares and retention data. From that feedback, the company was able to create a 30-second piece that became a hugely successful and profitable global campaign. We saw this strategy from P&G again for the Always #LikeAGirl campaign, which was launched online in June 2014. Only after receiving more than 50 million views did it make its television debut during the Super Bowl in 2015.

3. Don’t try to be something you are not.

Authenticity is important. If you’re not authentic, your audience will know you are posing and out you quickly. Twitter  Free People, the women’s apparel firm, ran a campaign for its barre-ready essentials clothing line. But in its FP Movement Ballet ad, the dancer was not a real dancer — at least not the trained dancer the script claimed her to be. Professional dancers slammed her hyper-extension, sloppy lines and, especially, her hazardous pointe technique. Adweek and CBS depicted the ad as “offensive” and “appalling.”

Viewers lost no time in creating a series of hilarious parody videos that highlighted this lack of authenticity, undermining the brand and its campaign. In the digital world, it’s easy for the audience to talk back. And if the brand’s story is inauthentic, people will talk back –loud and clear.

Compare the Free People campaign to Under Armour’s “I Will What I Want” campaign. To reach a new segment, that of women, Under Armour focused its campaign on female empowerment. Its first video, starring the American Ballet Theatre’s Misty Copeland, has been seen more than seven million times and received a lot of positive press. For its next video, the brand partnered with supermodel Gisele Bundchen, who pounds a punching bag in a gym while real-time comments from social media flash on the walls behind her. These videos felt authentic to women, and the formerly masculine brand has become a symbol of female empowerment. The campaign generated five billion media impressions and saw a 28% increase in sales.

“A classic mistake we have seen brands make is to take their 30-second TV spot and run it as an online video ad.”

4. Don’t be afraid of stirring up a conversation.

McDonald’s realized that since food is a very personal category, consumers chatter about it endlessly on social media, often asking questions about the firm. Those who respond to these questions frequently answer incorrectly because they draw from urban myths about the chain. McDonald’s Canada took the bold, highly risky strategy of inviting their customers to publicly ask questions about McDonald’s food. The company promised to publicly respond to all questions asked. The audience jumped in, posting more than 20,000 questions on McDonald’s Canada’s newly launched website “Our Food. Your Questions.” And McDonald’s, true to its word, answered all of them publicly, even if the questions were unflattering or controversial.

A particularly popular question was: “Why does your food look different in the advertising than what is in the store?” The 3:27 minute response video McDonald’s created has been watched more than 10 million times. It’s an interesting insight that consumers will especially pay attention to content if you ask them first what they would like to hear. This simple strategy of not being afraid to wade into the middle of difficult conversations worked. It increased transparency and trust. McDonald’s experienced a dramatic increase in food quality perception and brand trust scores. The chain went from a trailing position to a top position among the most trusted brands in the quick service restaurant category.

5. Don’t forget where you are.

Digital is a very different medium. The millennial audience is made up of digital natives. They grew up with this medium, so they consume it very differently from older generations. To create a successful ad, you want to understand their behavior. Possessing a high degree of awareness of the medium and audience behavior is important for success. A classic mistake we have seen brands make is to take their 30-second TV spot and run it as an online video ad. On TV, the audience may stay with you until the end of your ad. But on digital, the audience will simply swipe the brand and the content they don’t want to watch to the left, where brands relegated to oblivion go to die.

Auto insurance firm Geico is an example of a brand that understands how to create compelling content for the digital medium. The brand conveys its marketing message within the first five seconds of its new online video campaign, and even though the video ads are physically skippable after five seconds, they are emotionally un-skippable — consumers want to stick around to see what happens.

6. Don’t attempt it alone; partner with the stars who know their way around the platform.

Online, you’re talking to a global audience. On YouTube, for example, where every day people watch hundreds of millions of hours of video and generate billions of views, a large global audience is viewing your brand message. Factor this in. You have access to a pool of talent — the natives, who already understand the medium, know how to create content that appeals to the online audience and have large fan bases. So whether it is PewDiePie, iJustine, Todrick Hall or Michelle Phan, it makes sense to partner with these “digital natives” as content creators.

In addition to understanding how to create compelling content, they bring with them large and loyal subscriber bases. For example, PewDiePie has over 36 million subscribers to their YouTube channel and their videos have been viewed almost nine billion times. Combine that with their six million Twitter followers and six million Facebook fans, and you can see how your brand can benefit from these natives’ loyal followers. There is also a good chance that the audience will shower you with attention and respond with its own versions and renditions of your ad, further amplifying your brand. Use all these tools and techniques to take full advantage of the digital media and the unusual new way in which it works. Brands from Target to Kohler to Nissan have all successfully used this model recently.

To make it easy for you to develop your digital content, a group of colleagues who are experts on digital brand marketing content have created the online content creator playbook. This is an easy-to-learn, easy-to-digest set of guidelines culled from the best practices of what we have seen brands do successfully and what works well on digital.

Digital media is evolving rapidly. And it is different from anything we have seen before. The inertia of brand marketers has meant that brands employ the same strategies and techniques on digital that worked for them on traditional media. Don’t. Avoid these six common traps to successfully build your brand on digital. Learn from the examples of Turkish Airlines, McDonald’s and Geico and join the ranks of Red Bull.